Statement from Claire and William Keetch 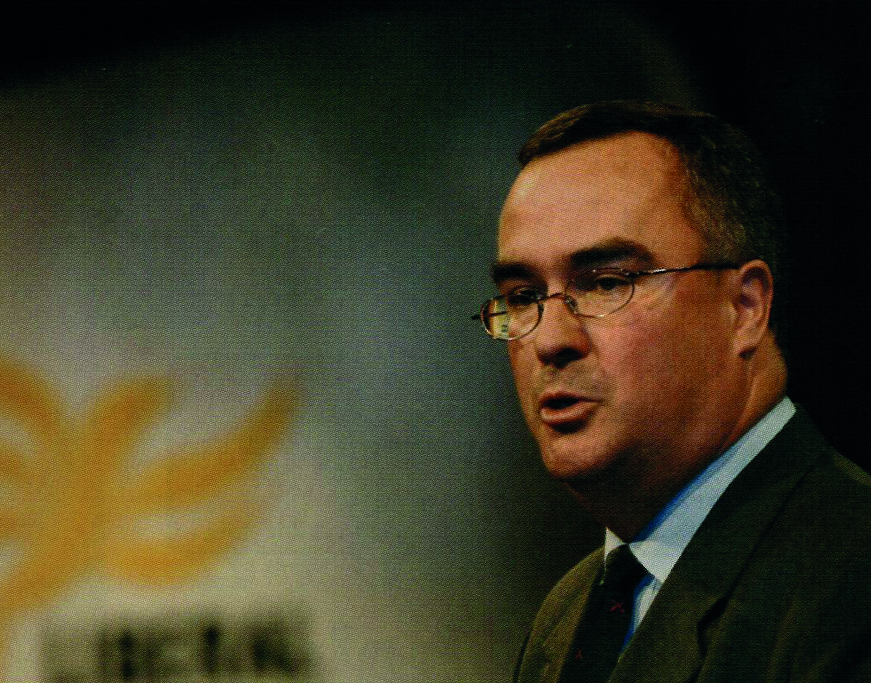 The Herefordshire Liberal Democrats are deeply saddened by the news of Paul's passing and our thoughts are with Claire and William at this time. Their full statement follows;

Paul Keetch, former MP for Hereford, has died on Wednesday 24th May in London aged 56.

Paul was a liberal, a democrat and an internationalist and amongst Liberal Politicians, a rarity in that he had never lost an election.

He was elected to Hereford City Council at the age of 21, making him the then youngest City Councillor in the UK.  As a proud Herefordian, born and raised in the city, there was only one place he wanted to represent in Parliament and he became the MP for Hereford at his first attempt in 1997.  He defended the seat twice in 2001 and 2005, before standing down prior to the 2010 election.

As well as being an assiduous constituency MP, his work in Parliament focused on Foreign Affairs and Defence, serving as the Liberal Democrat Defence Spokesperson from 1999 – 2005, a period that included the attack on the World Trade Centre and the 2003 war in Iraq.

Paul was a close friend and supporter of former Liberal Democrat Leader Charles Kennedy, serving as an usher at his wedding, and, along with Kennedy and the Party's Foreign Affairs Spokesperson Menzies Campbell, was instrumental in taking and defending the Liberal Democrats’ decision to oppose the war in Iraq in 2003.

As well as politics Paul was a knowledgeable military historian and he championed military welfare causes throughout his time in Parliament, which included the rights of unmarried partners of military personnel and the quality of equipment and accommodation.

Paul Stuart Keetch was born in Hereford in 1961.  He was the youngest of five children of former RAF Officer, John Keetch and his wife Peggy (nee Hughes).  He attended Hereford High School for Boys and Hereford Sixth Form College.  After leaving school Paul worked in the financial and banking services sector.

He joined the Liberal Party while still at school and Chaired the Hereford Young Liberals and West Midlands Region Young Liberals.  He was election agent for Hereford in 1983.  He became the candidate for Hereford in 1994 and was elected in 1997, overturning a 3,413 Conservative majority to become the first Liberal MP for the seat since Frank Owen in 1929.  He held the seat until he stood down in 2010.

During his time as Spokesman for Defence and Foreign Affairs he sat on the House of Commons Foreign Affairs Committee, on the NATO Parliamentary Assembly for 5 years and was Chair of the Liberal International British Group.  As a proud Herefordian he also formed and chaired the All Party Parliamentary Group on Cider, firmly bringing the industry into parliamentary focus.

Paul frequently said that some of his most satisfying achievements were as a constituency MP in Herefordshire.  He took pride in the part he played in getting flood defences for Hereford and Ross on Wye, securing the future of the County Hospital in Hereford and campaigning for more beds and staff whilst securing funding for the A&E and maternity departments locally; he secured an Education Action Zone working with business and the community to provide funding and facilities to improve schools, as well as supporting bids for funding new school buildings and projects throughout the constituency.  He ensured that every school was invited to tour the Houses of Parliament and did his utmost to meet them and conduct part of the tour personally, encouraging young people to enjoy and understand politics and history; he also held a Christmas Card competition for schools and was delighted so many participated, allowing him to produce the winning entry as his annual Christmas Card which would be distributed all over the world eventually, such was the breadth of contact and friendship he made in his career.

Additionally he was an advocate of putting Herefordshire on the map and would take every opportunity to do so.  He was instrumental in obtaining major investment in the Rotherwas Relief Road and had the foresight to recognise the importance of improving the city centre to encourage economic growth and prosperity.  He sponsored the Hereford Markets Bill to enable the movement of the Livestock Market outside the city centre and the development of the land where a multiplex cinema, restaurants and shops are now in situ creating jobs and opportunities for local people.

Paul suffered a major health scare in 2007 after suffering a cardiac arrest on a transatlantic flight caused by a heart arrhythmia.  He made a strong recovery and returned to Parliament to serve diligently as both a local MP and a Party Whip.  He was Patron of Herefordshire Heartstart, a local charity with which he had worked for several years.  His survival in 2007 was due to prompt attention and the use of an AED on board the flight; he made it known that AEDs needed to be available in all public places to allow others the chance of survival in such emergencies and his work in this area can be seen by the amount of AEDs now available in supermarkets, libraries, public areas and buildings throughout the country.

After leaving Parliament, and in the face of considerable criticism, Paul became the most senior Liberal Democrat to campaign for a leave vote in the referendum.

Paul married Claire Elizabeth Baker in 1991; the marriage was amicably dissolved and he is survived by Claire and their son William.