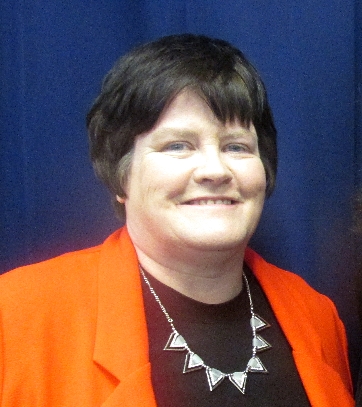 For the past couple of weeks the Hereford Times has asked Lucy Hurds, Parliamentary Candidate for Hereford & South Herefordshire, her views on Crime, Economy, Education, Health and Transport. Here are her responses.

Nearly 50% of crime in Herefordshire is from anti-social behaviour. Neighbourhood policing teams are a necessity in our area and give a good argument for keeping counter services in police stations. People feel reassured and need face to face contact. Cutbacks in funding mean that these are areas that have been under threat. Herefordshire is unique and this means we need to prioritise and react in a way that suits our needs.

Demands on policing have increased and changed with cybercrime and the additional work police undertake to protect vulnerable children and adults. As part of recognising this, Liberal Democrats have allocated £28 million to support victims of rape and domestic violence.

Our large geographical area adds to the problems all services face as response times can be long and it is not possible to have a continual presence in all areas. Relationships between local communities and police are strong. This needs recognition and support as we as a community rely heavily on cooperative working.

Breaking the cycle of reoffending is another priority. Lib Dems are putting prisoners to work with their wages going towards the Victims Fund whilst training prisoners in skills to help them get work when they leave prison.

Another local initiative that has proved very successful is the H.A.N.D pubwatch project with the night-time economy working together to provide a safe and secure social environment for licensed premises customers and staff. This is supported by Street Pastors who voluntarily help people to safely enjoy the nightlife in Hereford. Projects like this allow us to work in a way that suits our area whilst dealing with lack of funding.

Herefordshire always makes the best of what it gets but needs a fairer share of funding to allow us to operate in a safe way for our community.

The Liberal Democrats stand for a stronger economy and a fairer society with opportunity for all. We believe that for the stability of the country we had to help bring down the deficit and we need to finish the job of balancing the books by 2018. However, we disagree with the Conservatives who think that this should be done by squeezing those on low income and the least able to pay. We feel that the richest in society should help us finish this task through targeted tax changes.

Locally, we suffer from an unfair funding situation. The government grant given to rural areas is much lower than to urban areas, despite the issues we face in a much larger area but with a smaller population. Correcting the balance to give Herefordshire a fair share is a major priority for me and one that I have been campaigning on for 10 years.

Looking forward nationally, we plan to continue with a balanced budget and only borrowing for capital spending that enhances economic growth. This will allow us to invest in necessary infrastructure including house building, road and rail networks, green energy and broadband.

We will complete the introduction of the new system of regulation for banks, separating retail and investment banking. We will promote competition in banking and encourage schemes like community banks and credit unions. As a previous director of Herefordshire's Money Box Credit Union, I can recommend this as a wonderful local resource which has benefited many people.

We would also introduce a time-limited supplementary Corporation Tax for the banking sector which would raise an extra one billion pounds to contribute to reducing the deficit. All these measures would ensure that those who can afford to make a contribution, help put the country back on it's financial feet.

Our children are amongst the lowest funded for education in the country. As a concerned parent of three children who were all educated in local schools, this was the main reason I became involved in politics.

Education in Herefordshire has problems that need to be recognised and solved. 48% of our children are already struggling by age 5. 17% are unable to read well by the time they leave primary school. We can change this situation by increasing investment in early-years support and continuing the fight to get Herefordshire's children a fair share of government grant.

Liberal Democrats in government have helped by improving early-years funding and by giving all 5 to 7 year olds a free school meal. I have seen at my grandson’s school, the advantages to children’s concentration and learning. Parents have also benefitted with the assurance that their children have had a healthy lunchtime meal. We want to go further and increase the number of hours of free childcare from 15 to 20 hours per week.

The colleges in the County are recognised nationally and provide a high level of training. We should be building on their success and offer more skills-based subjects. We have a hospital and local companies that are having to recruit staff from abroad. We need to provide more training opportunities in Herefordshire, so that local young people can train here and find jobs in our area.

Herefordshire has two main issues with Health. The first is a hospital that was built to replace the County, the General and the Eye Hospital but did not have enough beds. This continues to lead to unsafe numbers of patients needing to be admitted on a far too regular basis. The A & E department, the ambulance service, planned operations needing to be postponed and the general running of wards in the hospital are all affected by this. The only solution is to build new wards and for the old huts to be finally demolished.

The second issue is the lack of money from government for adult social care. This causes problems for patients, carers and staff who all want to see a first-class service, which is impossible on current funding levels. The hospital also has problems in recruiting trained staff and I have been encouraging local training to be made available to allow local people to fill these vacancies. All areas of our lives continue to be affected by the unfair funding we receive. It is one of the main reasons I became involved in politics, to fight for a fair share for our county, and I will continue to do so until government listens.

I am proud that the Liberal Democrats have asked for targets to help improvements in mental health care. Dementia diagnosis rates in Hereford were the lowest in the Country and although now rising we still need to work to help people be diagnosed and to get help to live well with dementia.
Dementia Friend Awareness sessions, which I have been hosting for the Alzheimer’s Society, are just part of helping with awareness. Any groups who would like to take 45 minutes to understand more, please get in touch with the Alzheimer’s Society.

Cut backs to transport subsidies in our County have left many people isolated and relying on a basic or non-existent service. Community Transport Schemes work hard to fill gaps but we cannot, nor should we, rely on volunteers to patch up a failing service. Government funding for Herefordshire is not enough to maintain the services we need. I will continue to lobby for us to get a fair share of funding. Rural areas and the city need access to bus services for work, leisure and educational hours as well as weekends.

Trains to and from Hereford suffer from similar issues. The tunnels and viaduct constrain us on the Worcester line whilst the need to travel via Wales makes journeys long and expensive. These issues are being looked at and I will continue to lobby with colleagues for the best deal for Herefordshire.

A Hereford By-Pass has been discussed and routes argued for and against for 30 years (I was at High School in Lugwardine in the early 1980s when this was first a serious possibility!) and 94% of people who replied to our surveys over the last 18 months agree that we still need one.

Environmental constraints make a properly linking road with a bridge to the East impossible and would divert heavy traffic through residential areas of Tupsley. Another part solution is not an answer for Hereford and we should not settle for half-measures. We need a long-term solution and a Government-funded road is the only answer. We do not want to be held hostage to developers and this is not necessary. I have been lobbying Government for funding and have already helped secure £43 million for local projects. This shows that we have a good case and Government is willing to listen. Another bridge and a by-pass need Action!