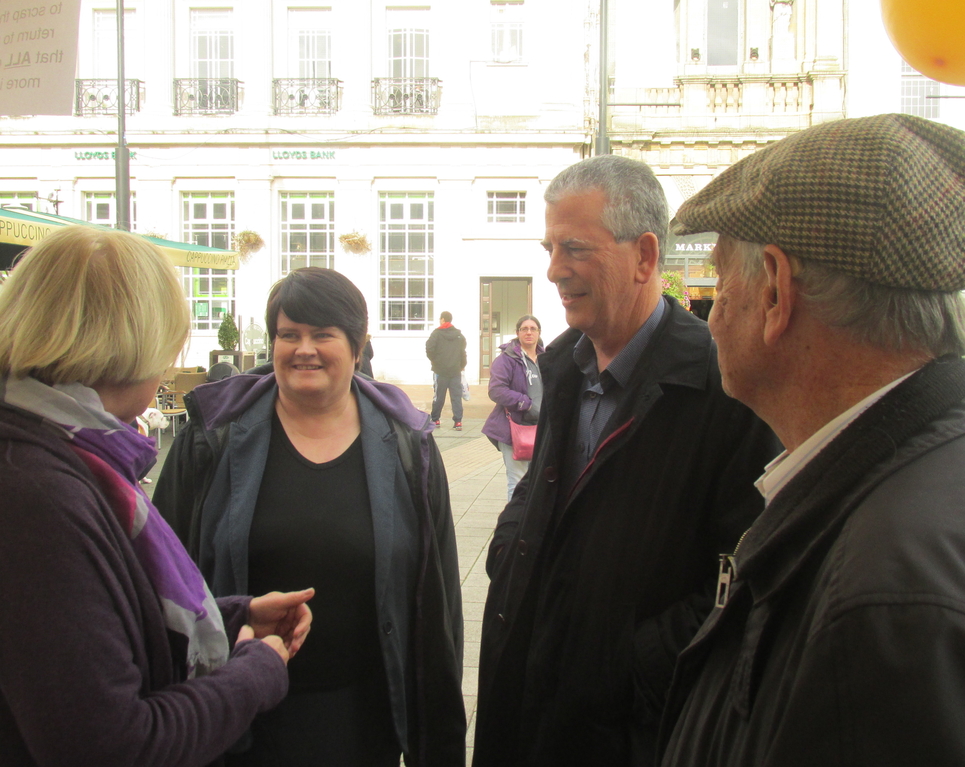 Lucy Hurds, Lib Dem candidate for Hereford and S. Herefordshire, welcomed Mike Thornton MP for Eastleigh to the city this week to support her campaign for election next year.

Local Lib Dems were out in High Town campaigning to end the cabinet system in Herefordshire Council. Lucy Hurds told us, “We have been struck today by the number of local people who wanted to sign our petition because they have been to their local councillors and been told that nothing can be achieved unless you are one of the elite few in the cabinet. We have 58 councillors in the County but power and influence rests in the hands of only a few. We have a motion before full council in December to return to the committee system, where all elected councillors will be able to influence decisions that affect us all."

Mike Thornton MP also had discussions with Lucy Hurds on new Lib Dem measures to make the “bedroom tax” fairer for disabled people and for tenants who have not been offered alternative accommodation.