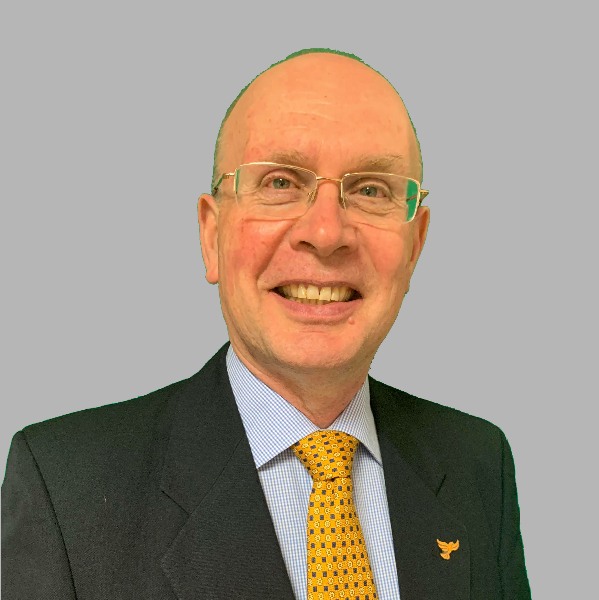 I have lived in the Hinton and Hunderton area for over 25 years. Originally, I was a science teacher and have taught in several schools in Herefordshire.

As a professional actor and trainer, I have been able to use my skills to promote causes and fundraise for local organisations. For over 20 years, I have volunteered for several animal welfare charities and have helped local people with problems.

In September 2017, I was elected to represent you on the Hereford City Council. It has been a busy time. However, so many of the services that we rely on are actually run by Herefordshire Council. That is why I am standing for election to both councils and, if elected, will be able to work even harder to improve our area. We have been overlooked and neglected for too long.

We need a strong local voice to stand up for Hinton and Hunderton. 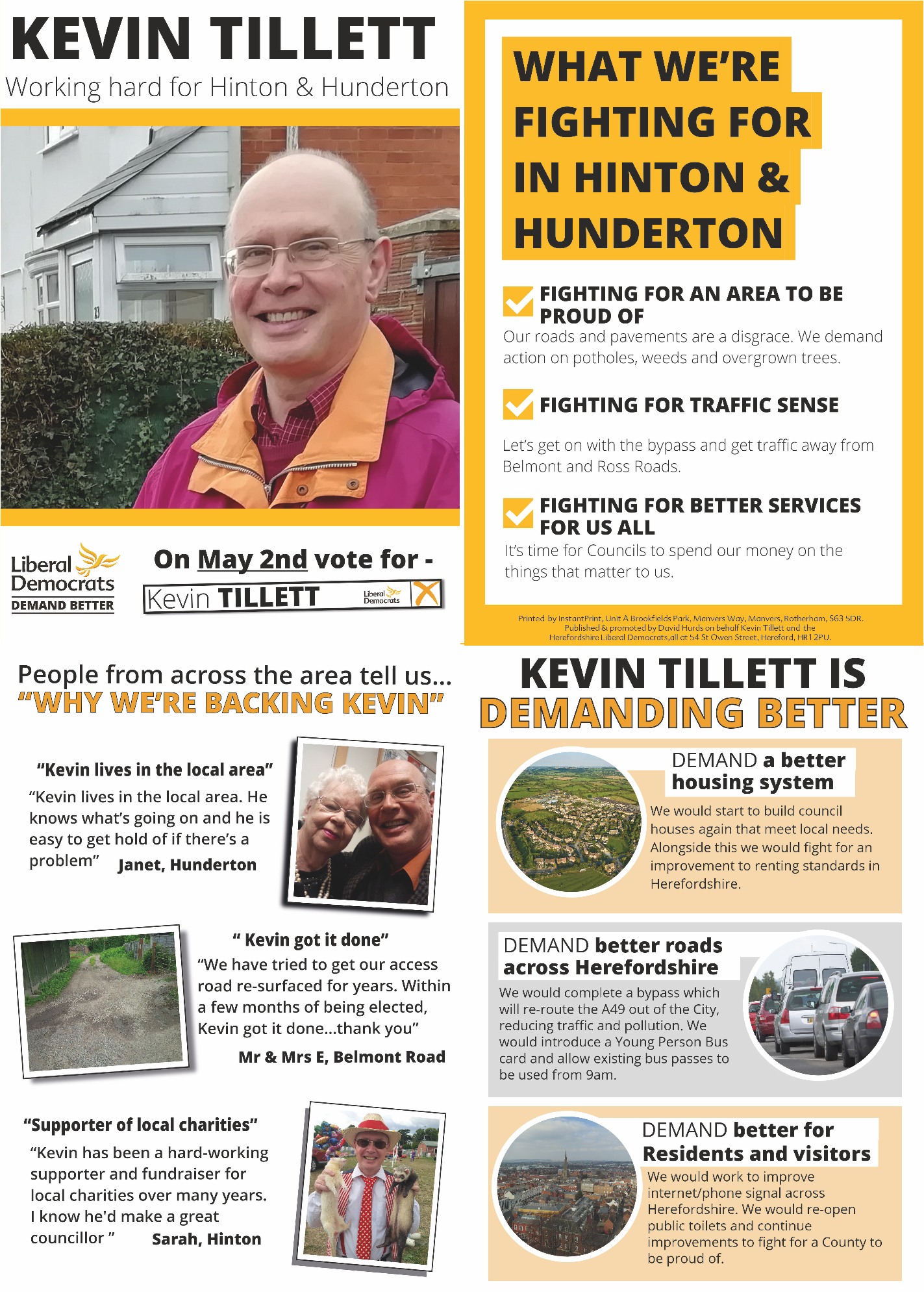 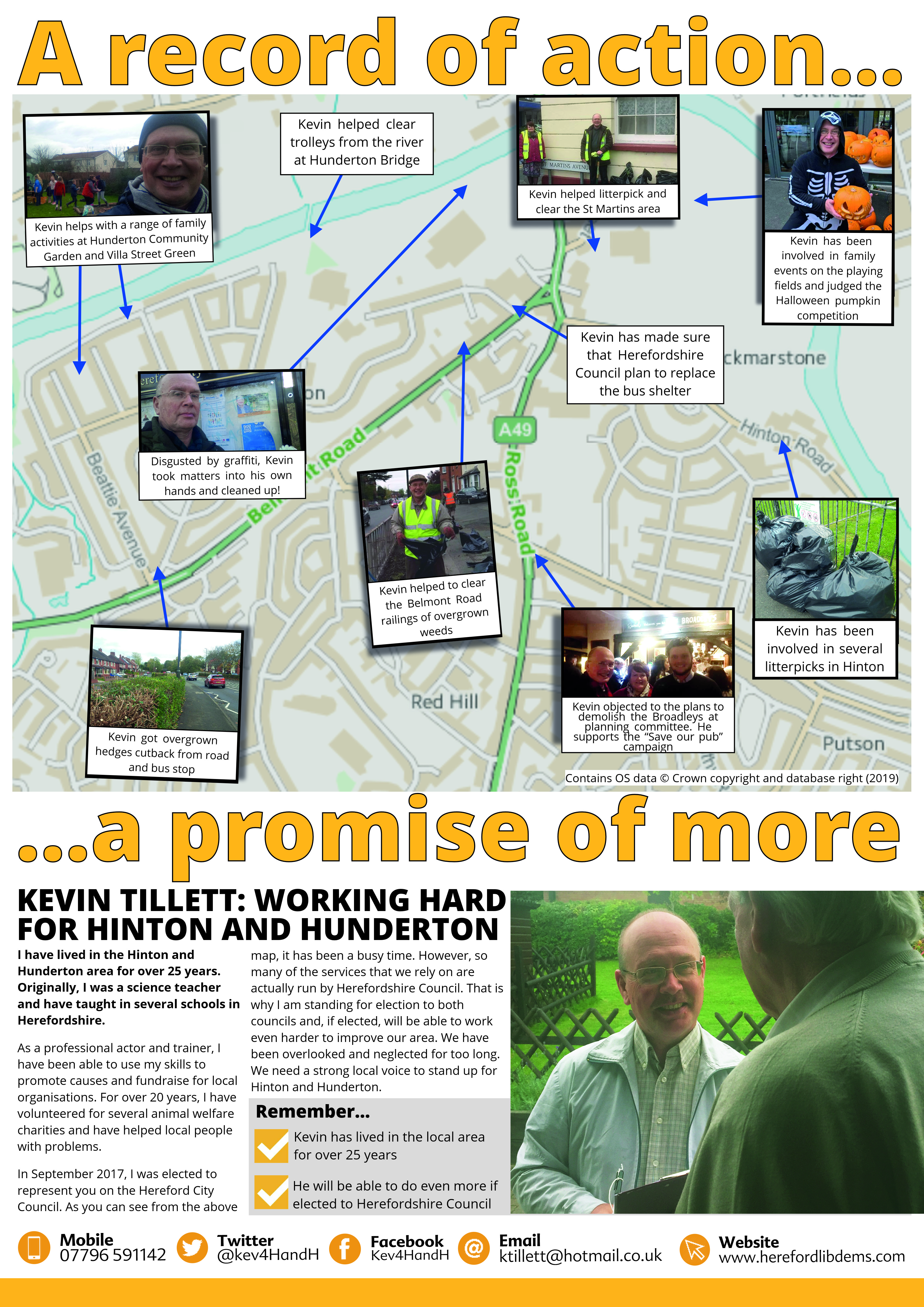 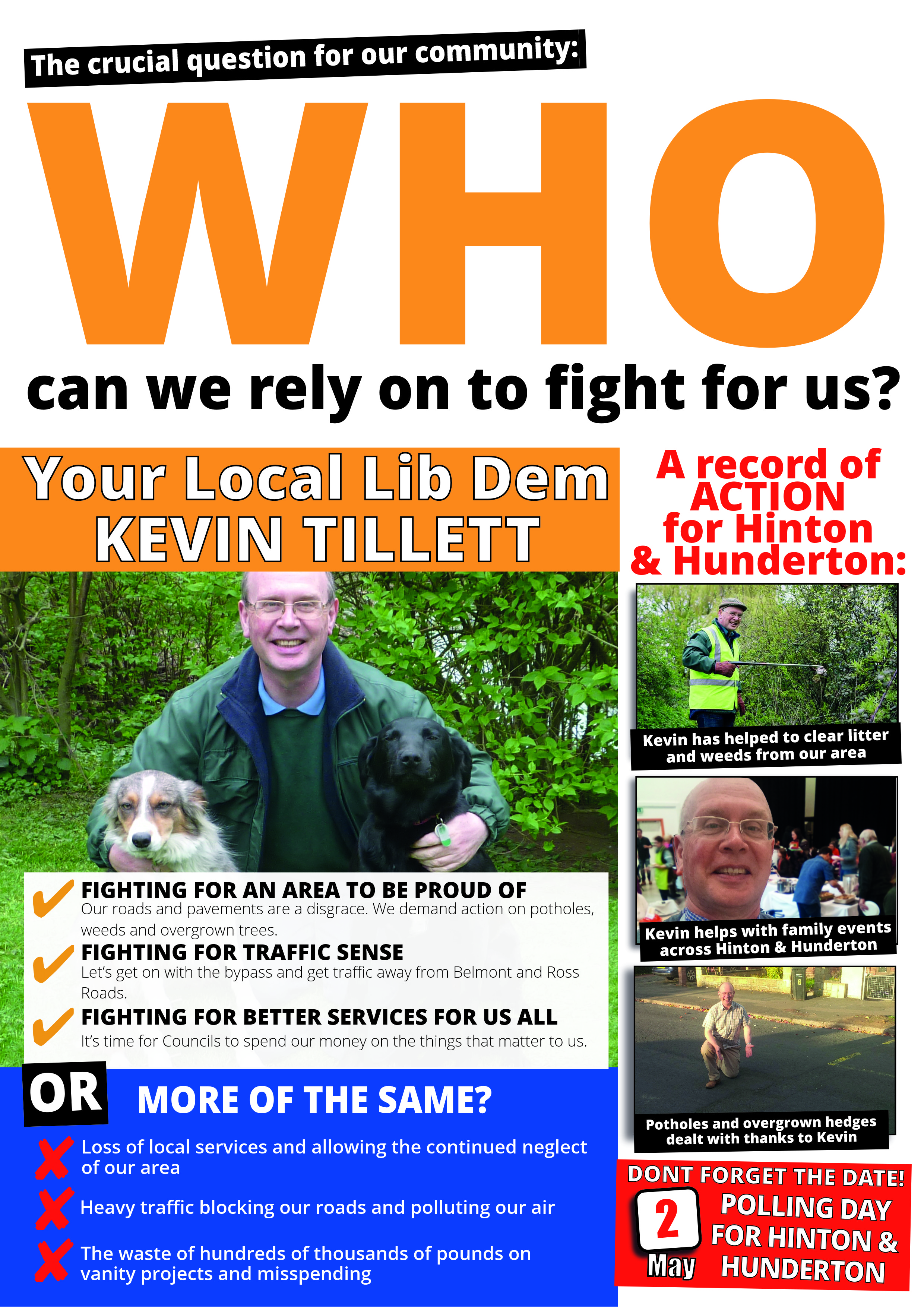 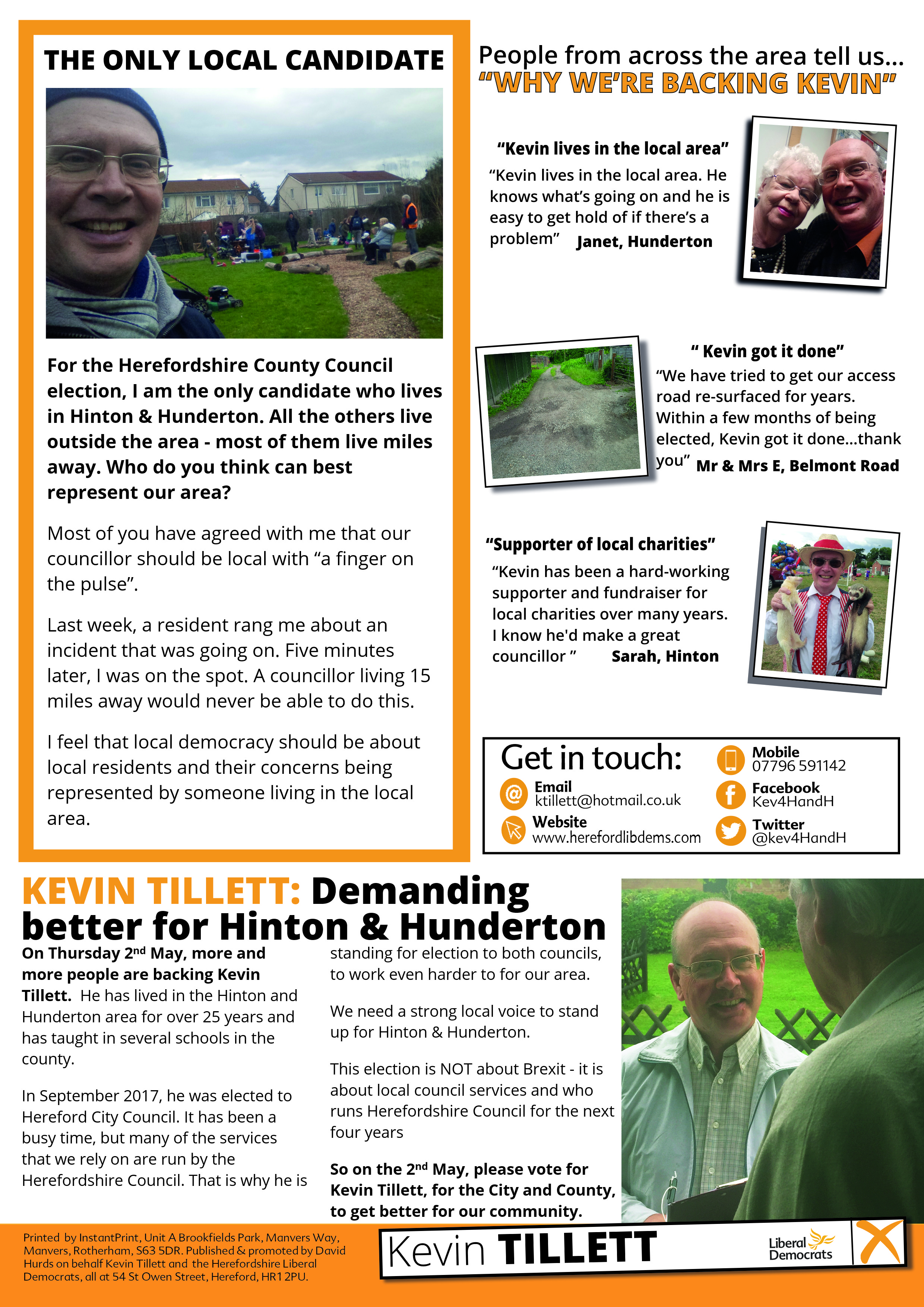 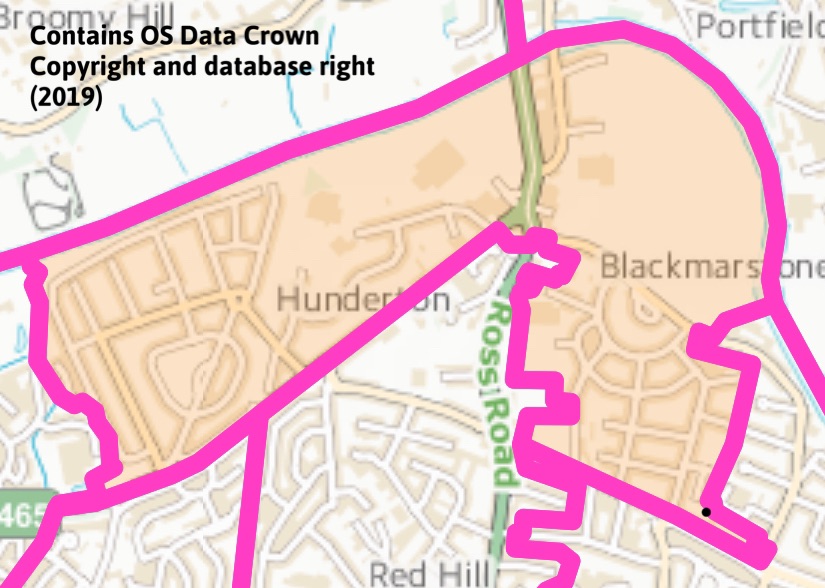