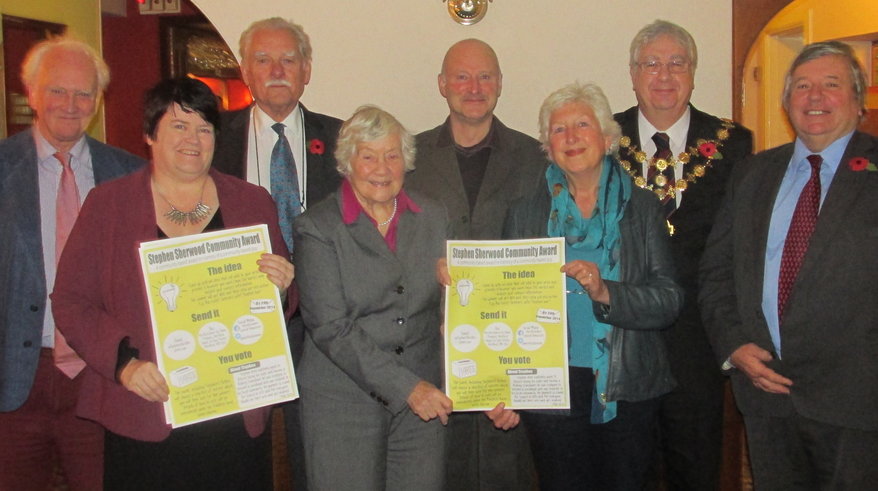 Local law student Stephen Sherwood died aged 25, earlier this year. Despite having two kidney transplants and losing his sight, Stephen was involved in his local community and planned to stand for the Council in 2015.

Herefordshire Lib Dems have launched a new community award competition in memory of Stephen. Lucy Hurds, Lib Dem candidate said “The scheme has received widespread support and offers of help from across the political parties. Stephen was an inspiration to us all and this seems a fitting and appropriate tribute. Baroness Shirley Williams heard of the award and was keen to meet Stephen’s father when she visited Hereford last week”.  She also met representatives of other local political parties who will all help judge the final entries.

The award is open to all young people aged 16-18. They are asked to come up with an idea to improve their local area and present it however they wish (max 250 words). The winner will receive £50 and get their idea put into action. Further details can be found by clicking here.  All ideas must be sent by 28th February 2015. The judging panel, including Stephen’s father, will choose a shortlist of entries which will then be voted on by local young people. The Council Electoral Services are looking at ways to help make this a real voting experience for all.