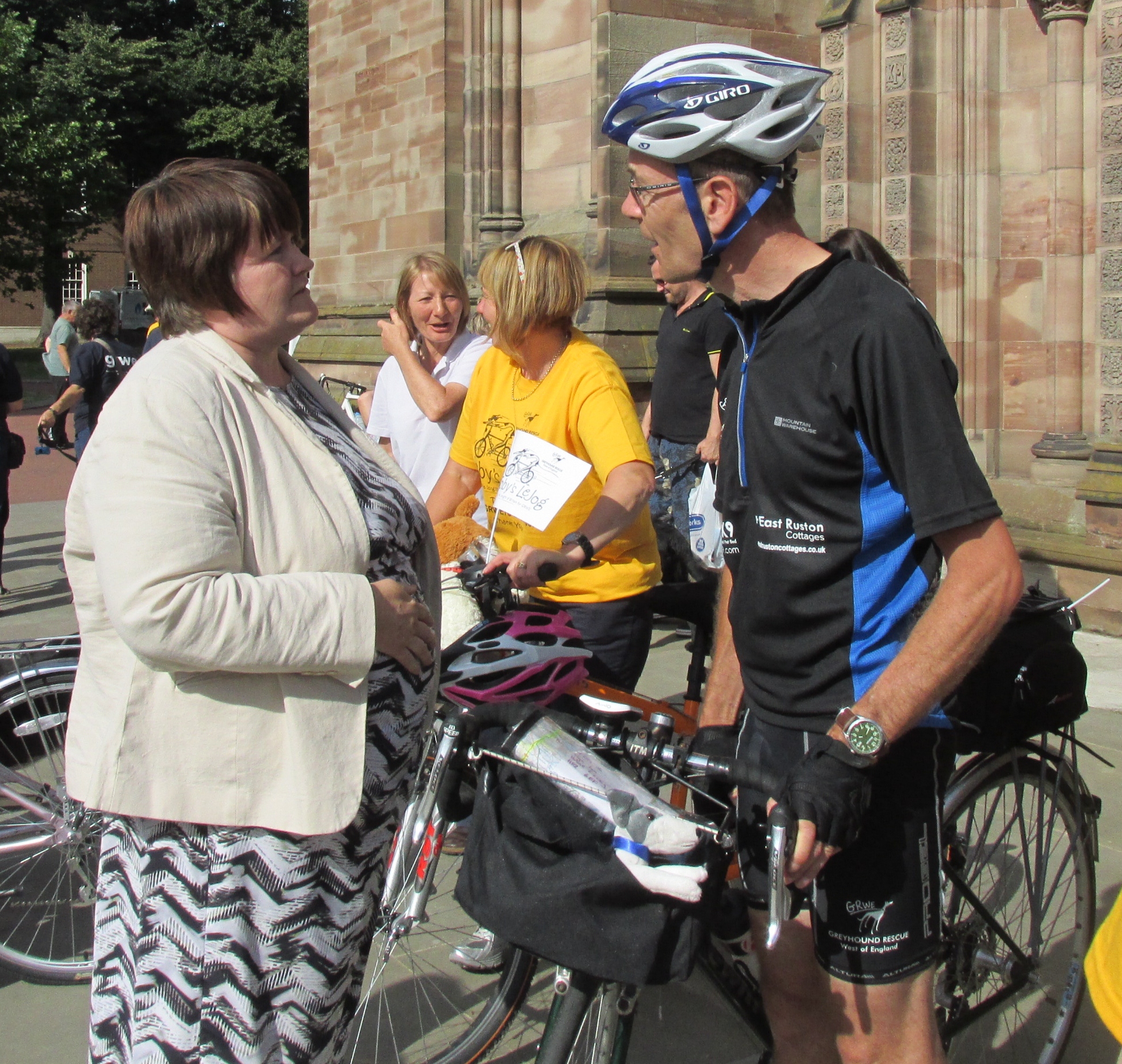 On Thursday, his route brought him from Monmouth, up the A49 to Hereford, where he was greeted by an enthusiastic group of local supporters and their dogs enjoying a picnic on the Cathedral Close.

Amongst the crowd to welcome his arrival was Lucy Hurds, would-be Lib Dem MP for Hereford. She said “I was pleased to congratulate Toby on his superb effort for such a worthwhile cause. More than £65 was collected from passers-by to add to over £3000 already collected. He was also joined by a number of local cyclists who had just completed a 5k sponsored ride.”

Toby plans to reach John O’Groats on 14th August and he can be sponsored by going towww.grwe.com